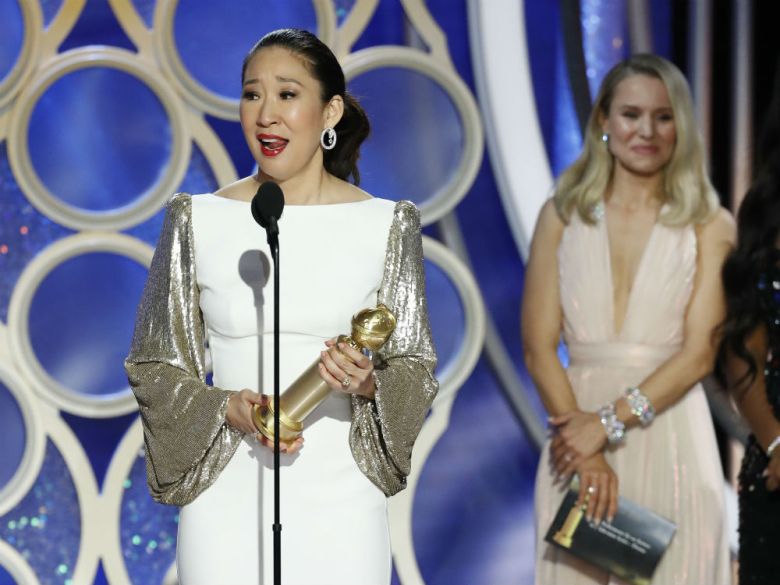 The 76th annual Golden Globes honored Hollywood’s biggest stars of film and TV, and recognized the past year’s achievements. Hosted by Sandra Oh and Andy Samberg at the Beverly Hilton Hotel in Los Angeles, it was a night of multiple surprise wins, numerous snubs and historical achievements.

The Freddie Mercury biopic, Bohemian Rhapsody took home the Golden Globes for Best Motion Picture in a Drama, bucking predictions which called for Bradley Cooper’s A Star Is Born to win. Lady Gaga, who leads A Star Is Born, was also snubbed in the Best Actress category. The award instead went to Glenn Close for her role in The Wife. Rami Malek won Best Actor for his role in Bohemian Rhapsody, while Olivia Colman won an award for her role as Queen Anne in The Favourite.

It was a big night for Sandra Oh who not only made history as the first person of Asian Descent to host the Golden Globes, but went on to win Best Actress in a TV Drama for her role in Killing Eve, making her the first Asian woman to achieve this feat in almost 40 years. She is also the first woman of Asian descent to win multiple Golden Globes (she won one in 2006 for her role as Cristina Yang in Greys Anatomy).

From Glenn Close to Regina King and more, it was also a night for memorable Golden Globes acceptance speeches. King who won an award for best movie performance by an actress in a supporting role for If Beale Street Could Talk, vowed to hire 50 percent women for her projects and urged others in all industries to follow.

Jeff Bridges was honored at the 2019 Golden Globes with the Cecil B. DeMille Award, which recognizes lifetime achievement in film. Carol Burnett was honored with the Hollywood Foreign Press Association’s first ever lifetime achievement award for television. Do you think this year’s Golden Globes is a preview of the upcoming Oscars? Will these be the winners for the 2019 Oscars?

Sacha Baron Cohen, Who Is America

Spider-Man: Into the Spider Verse- Winner

“All the Stars” — Black Panther

“Girl in the Movies” — Dumplin’

“Shallow” — A Star Is Born- Winner

Richard E. Grant, Can You Ever Forgive Me?

Bradley Cooper, A Star Is Born

Best Television Limited Series or Motion Picture Made for Television

Lady Gaga, A Star Is Born

Melissa McCarthy, Can You Ever Forgive Me?

Bradley Cooper, A Star Is Born

If Beale Street Could Talk

A Star Is Born