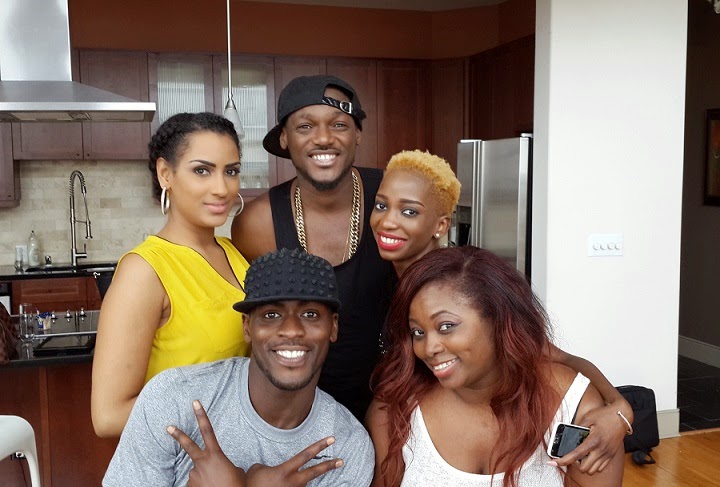 The video, directed by Moe Musa, sees cameos from DJ Arafat, VJ Adams and a host of others. see some photos from the video below.