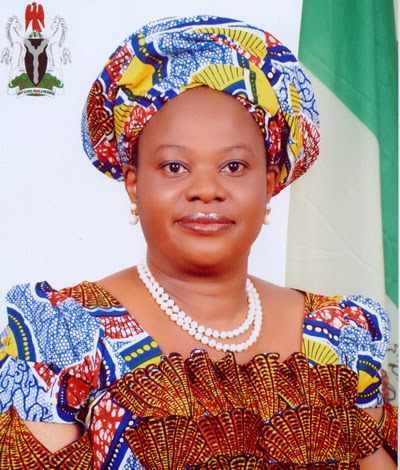 Former Director General of the National Agency for Food and Drug Administration and Control (NAFDAC) and ex minister of Information, Professor Dora Akunyili, has been reported dead according to a close source.

Talks about her health first made the rounds when a much emaciated Akunyili was seen but she shot all talks of ill health down saying although she was previously ill, she was well and fit and was ready to attend the National Conference of which she was an accredited delegate at the time.
It would seem Dr. Akunyili had a relapse as she is reported to have died in an India Hospital where she has been receiving treatment. Time and cause of death was unknown at the time news of her death circulated.
Dora Akunyili worked hard and tenaciously to transform the National Agency for Food and Drug Administration and Control (NAFDAC) whilst she was the Director General. She won numerous awards for her pioneering work, Nigeria has lost a great woman.


It was later revealed in a statement sent on behalf of her family by former Anambra state Governor, Peter Obi, that Dr. Akunyili died in a Specialist Cancer Hospital in India on Saturday morning, after a two-year battle with cancer.

“Dr. Akinyili was full of concern for Chibok girls, security and other challenges facing the country, she remained prayerful for the release of those girls and for God to help President Goodluck Jonathan to overcome all the challenges facing the nation.She therefore urged all Nigerians to remain prayerful and committed to building a better society for our children”

Dr. Dora Akunyili was 59 years old. We send our deepest condolences to her family and loved ones. Rest in Peace Dora Akunyili.