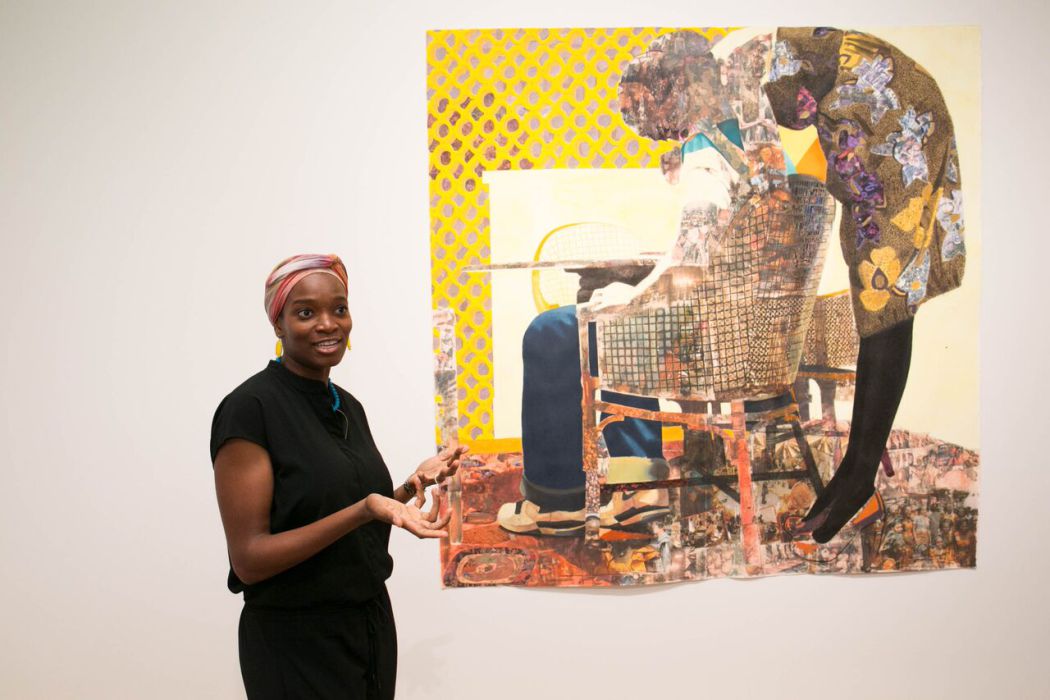 A new auction record was set for Nigerian-born visual artist Njideka Akunyili Crosby in New York last week when “Drown” soared to sell for $1,092,500, over three times the high-estimate ($200,000-$300,000), in Sotheby’s Contemporary Art Evening Sale on the 17th of November .

No fewer than 11 bidders competed for the work that was eventually sold to an anonymous buyer on the telephone. This was the second time in less than two months that the auction record for Njideka Akunyili Crosby had been broken at Sotheby’s. The previous auction record for the artist was $93,750, set by her “Untitled” work from 2011 at Sotheby’s New York in September 2016.

“Drown” is an intimate self-portrait of the artist with her husband, Justin, and demonstrates beautifully how the layers of Njideka Akunyili Crosby’s work reference the layers of her own identity. In May next year, Sotheby’s will launch its first dedicated sales of “African Modern and Contemporary Art” in London, led by Hannah O’Leary, Sotheby’s recently-appointed Head of Modern and Contemporary African Art.

Learn more about Njideka Akunyili Crosby who is the daughter of celebrated NAFDAC DG, the late Prof Dora Akunyili in this video via Tate Shots below

Some parts of this story were taken from ReportsAfrique

INSPIRED BY THE US ELECTIONS: 10 Tips For a Great Thanksgiving Dinner