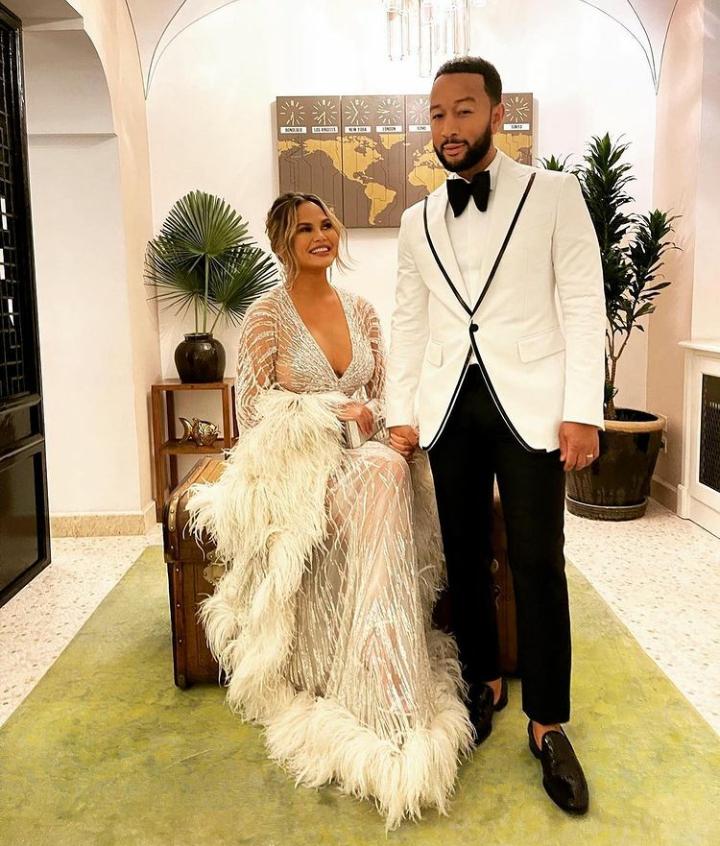 For the longest time, John Legend and Chrissy Teigen have always given us that couple goals vibes. They are that kind of couple that make you go “awwww” and “God when” whenever you see photos or videos of them and their adorable children; Luna and Miles.

Before we talk about those moments that have us drooling over one of the cutest celebrity couples, let’s meet them as individuals.

John Legend is a multiple Grammy award winning singer and songwriter. He is also a record producer, an actor, a film producer, and a philanthropist. John Legend has been a part of some major projects in the entertainment industry over the years, some of which include being one of the judges at NBC’s The Voice reality TV show, and his musical feature in Selma Movie, that earned him an Oscar Award. As far music careers go, John legend is as successful as they come.

Chrissy Teigen is an American model and television personality, who made her professional modeling debut in the annual Sports Illustrated Swimsuit Issue in 2010 and later appeared on the 50th anniversary cover. She formerly appeared as a panelist on the syndicated daytime talk show FABLife. She co-hosts the musical competition series Lip Sync Battle with LL Cool J and serves as a judge on the comedy competition series Bring the Funny. Teigen has also authored two cookbooks.

“The First Family We Deserve”

John Legend met Chrissy Teigen in 2006 when director Nabil Elderkin introduced the two during her appearance in the music video for his song “Stereo”. They became engaged in December 2011 and were married on September 14, 2013 in Como, Italy. John Legend’s  2013 song “All of Me” was written and is dedicated to Chrissy Teigen and the music video was reportedly displayed at their wedding.

Now that you’ve met the couple, here are the five times they gave us some awe inspiring moments.

Kissing in front of the statue of Abraham Lincoln at the stairs of the Lincoln Memorial.

At a Gala hosted by Luisa ViaRoma for UNICEF Italia.

Stop Putting These 5 Things on your Face